Just from scanner(11:55 PM): FCSD got a report of a 4 car property damage accident near US 31 and St Rd 25 in the Northbound lane of US 31. Caller also reports cars are all over the Northbound side. Caller reports there are no injuries in this accident.

UPDATE(12:06 AM): FCSD just advised that one vehicle is down in the median and has extensive rear end damage.

UPDATE(1:03 AM): FCSD has cleared the scene. Mess has been cleaned up.

Just in from scanner: FCSD got a report of a personal injury accident near 800 W and 400 S. KFD, FCSD, and FCEMS has been dispatched to the scene. Kewanna Police Dept also responded. FCSD has confirmed 1 patient. 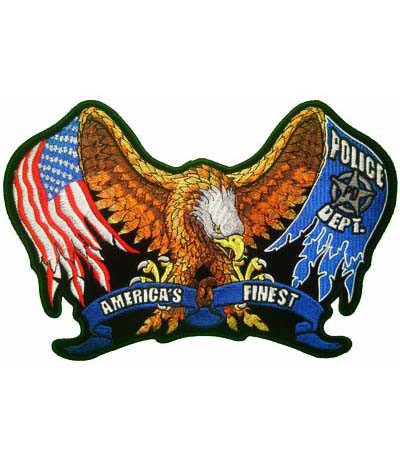 UPDATE(11:27 PM): Just before 7 p.m. Friday, a female deputy was transporting a inmate from the hospital to the Tippecanoe County Jail. During transport, the deputy was attacked and punched in the face in front of Kirby Risk on Sagamore Parkway. The inmate took the deputy's car and drove off.

Just in from the scanner: FCSD and other area sheriff depts just dispatched an officer safety/escape prisoner from Tippecanoe County, IN. At about 6:30 PM on 5/15/2015 was a prisoner escape and prisoner stolen from the Tippecanoe County Sheriff Dept was a White Dodge Charger that is a fully marked sheriff car. Sheriff deputy was transporting the prisoner back from the Hospital when the prisoner escaped and stolen the car. The escape and car theft all happened within Tippecanoe County, IN. Prisoner was wearing a blue prisoner jump suit at the time of the escape and theft of the car. Officer reported that he fired shots at the car and shot the driver's side window out. The sheriff car had fully loaded weapons inside the unit. The prisoner is now armed and dangerous and must not be approached if seen. For now it is unknown direction of travel. If prisoner and/or sheriff car is spotted do NOT approach, just call 911 and report the whereabouts.

Just in from scanner(2:54 PM): RPD got a report of a train that was blocking several city streets. RPD advise that the train has been blocking the streets since about 2:15 PM. RPD officer is out at the tracks on Franklin St. The officer is attempting to locate someone.

Just in from scanner: RFD was dispatched to the car wash over by Kroger and Big R stores. Caller reports that a vacuum cleaner is smoking. RFD and RPD are enroute.

UPDATE(7:16 PM): RPD advise that RFD can slow the run but continue.

UPDATE(7:18 PM): RFD made contact with owner and owner is enroute to the scene.